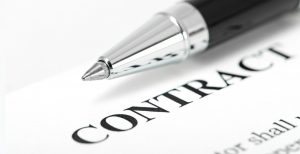 Back in 2005, I completed my first manuscript. I was jazzed to learn that I could, in fact, accomplish such a thing, that I could take a story from start to finish without getting bored and starting something new or bowing out because I felt overwhelmed or lost along the way. I started Googling “how you get a book published” and quickly realized (especially back then), that querying and finding a literary agent was a necessary first step in the process, especially if an author had any hope of being considered by well-known publishing companies.

Fast forward to 2018. I’ve sold four books to a Macmillan imprint since 2014, and I still don’t have a literary agent. Through the Swoon Reads website and community, I sold my first novel, and I’ve sold my subsequent novels to Swoon Reads through direct contact with the directors and editors at the imprint.

Beyond Swoon Read’s crowdsourcing approach to book selection and publication, there are several other options for selling books without the assistance of an agent, including self-publishing and smaller publishing companies that are willing to consider manuscripts without the divine intervention of a literary agent. It’s definitely possible to see your work published — in electronic format or on the shelves of brick and mortar stores — without agent representation, but what are the advantages of having a person working on your behalf? I questioned some of my author pals, those with representation and those without, about the positives and negatives associated with the agent search in launching and sustaining publishing careers. Here’s some of what I heard:

The Benefits of Having an Agent . . .

Here’s the bottom line: It is indeed possible to become a published author and advance your writing career without a literary agent. It’s up to you as a writer, upon considering the pluses and minutes of having one, to decide how much time, energy, and angst you want to invest in the query game, to decide if the benefits outweigh the negatives of having an agent working on your behalf.

3 thoughts on “Do You Really Need a Literary Agent?”