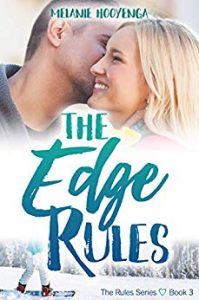 Being a bully isn’t all it’s cracked up to be.

Sixteen-year-old Brianna had everything she wanted: money to ski all over the world, underlings to do her bidding, and parents who gave her every freedom — as long as she played by their rules. But when she’s busted shoplifting and assigned to the Chain Gang, she ditches her shallow ways and realizes being herself is easier than manipulating people.

Forced to partner with kids she’d never dream of befriending, including Xavier, a boy who makes her pulse go into hyperdrive, Brianna vows to be a better person. Breaking Old Brianna’s habits isn’t easy, but her infatuation with Xavier — someone her parents would never approve of — motivates her to keep trying.

Even when he convinces her to trade her swanky skis for a beat-up snowboard.

Brianna lets go of her need to control everything and finally starts to feel free — until her past threatens to jeopardize her first real chance at love. She discovers balancing on the edge is as challenging in life as it is in snowboarding, and when a new friend is in trouble, Brianna must decide between the superficial things that used to be her world and putting her friend’s safety before herself. 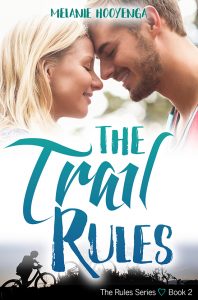 Junior year’s looking up for 16-year-old Mike. Her new BFF isn’t a sadistic control freak, her boyfriend adores her, and she’s learning to bike in the mountains without decapitating herself on a tree.

When she meets a group of riders who welcome her into their pack, she feels like she’s finally found where she belongs. One particular rider — a boy with an amazing smile and an even more amazing ability to see what she’s truly capable of — gives her the confidence to go after what she wants: her own life with her own rules.

There’s only one problem — he’s not her boyfriend.

Just as things seem to be falling into place, her parents put on the pressure to figure out her future — one that doesn’t include riding. Mike soon realizes that having everything isn’t that great when she’s not the one choosing it. She needs to decide if she’s going to continue to be a follower or step out of the shadows and find her own trail. 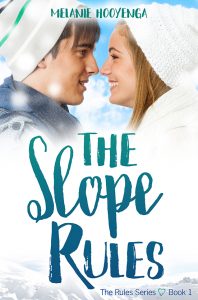 Fifteen-year-old Cally accepted her fate as one of the guys, so when she meets Blake, a hot snowboarder who sees her for more than her aerials on the slopes, she falls fast and hard. But their romance can only last as long as vacation.

Or so she thinks.

A twist of fate — well, her Dad opening another brewery in a new town — lands her in Blake’s school, but the charismatic boy she fell for wants nothing to do with her, and worse, the Snow Bunnies, the popular clique, claim her as their newest recruit.

Cally must learn to be true to herself — all while landing a spot on the ski team and figuring out who she is without her old friends. And when she finds out what Blake is hiding, she learns the rules on the slopes apply to more than just skiing.